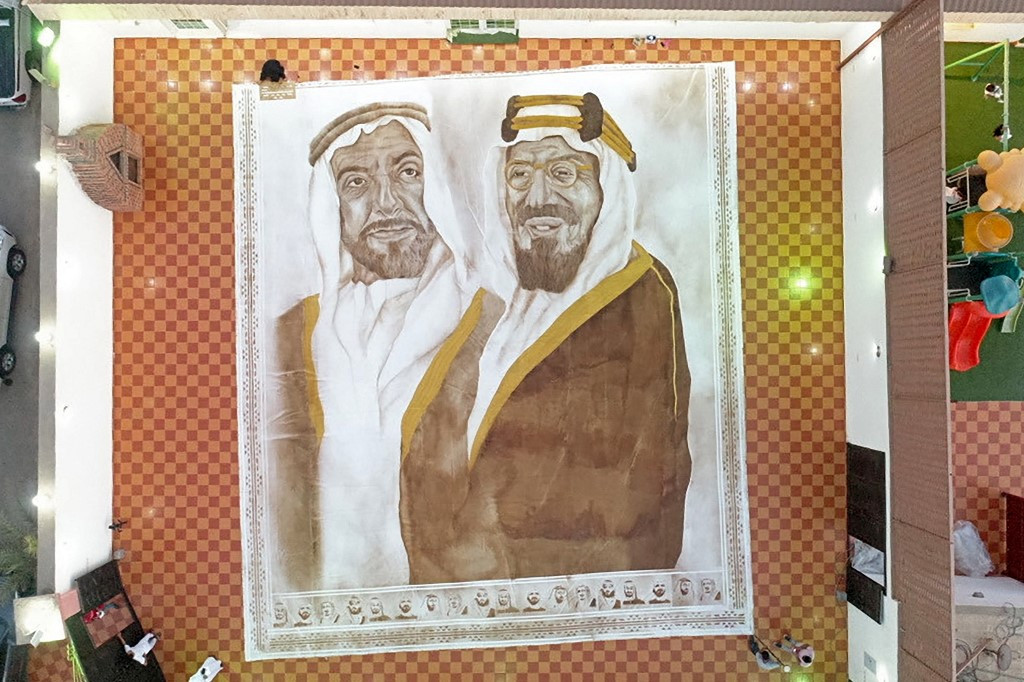 A Saudi artist created the “world’s largest coffee painting,” becoming the country’s first woman to win a record-breaking title on her own, Guinness World Records reported on Sunday.

“It took me 45 days of continuous work to complete, under the watchful eyes of two witnesses, the video recording and drone footage,” Almalki said, according to a Guinness World Records statement.

The work, titled “Naseej 1” (which means “Woven Together”) was created in the Saudi city of Jeddah on a canvas of seven connected fabrics.

Below them is a series of smaller portraits of other rulers from the two Gulf countries, while the entire work is bordered in the traditional “Al-Sadu” style of Bedouin decoration.

Read also: Nyoman Erawan: Painting in the time of the pandemic

“My goal is to remind the world of the centuries-old understanding between the two nations,” Almalki said.

The artist used about 4.5 kilograms of expired coffee granules to finish the painting, according to the Guinness World Records statement.

Almalki expressed hope that its achievement “will help empower women in Saudi Arabia and beyond.”

This is the first time that a Saudi woman has achieved a record on her own, Guinness World Records said, although others were involved in previous attempts.

In 2015, 8,264 women gathered in Riyadh to make the world’s largest “human awareness ribbon” to raise awareness about breast cancer.