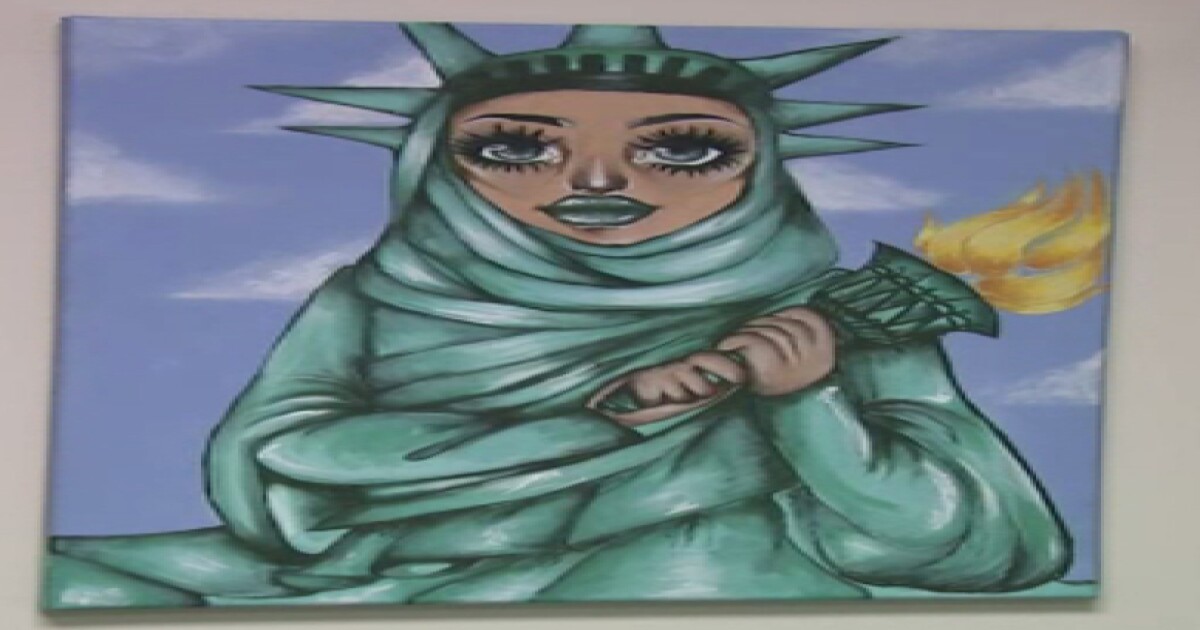 SANTA ANA, Calif .– A violation of the separation of church and state: This is what an organization says about a painting hanging in the office of a congressman from the south of the California.

it depicts Lady Liberty wearing a hijab, which is traditionally associated with conservative Muslim culture.

We the People Rising are asking Congressman Lou Correa to remove the painting from the wall of his district office in Santa Ana, California.

On its website, the group says the chart should not be displayed in what it calls Correa’s taxpayer-funded district office.

the painting was among other works of art presented as part of the annual US Congress student art competition.

In fact, the winning submission from Congressman Correa’s office is a different painting, one honoring WWII veterans.

The painting of Lady Liberty wearing clothing associated with Islam is among the non-winning entries on the wall of her district office.

The congressman said he had no plans to remove the painting, saying doing so would signal he is unwelcome.

This is something Correa says would send the wrong message.