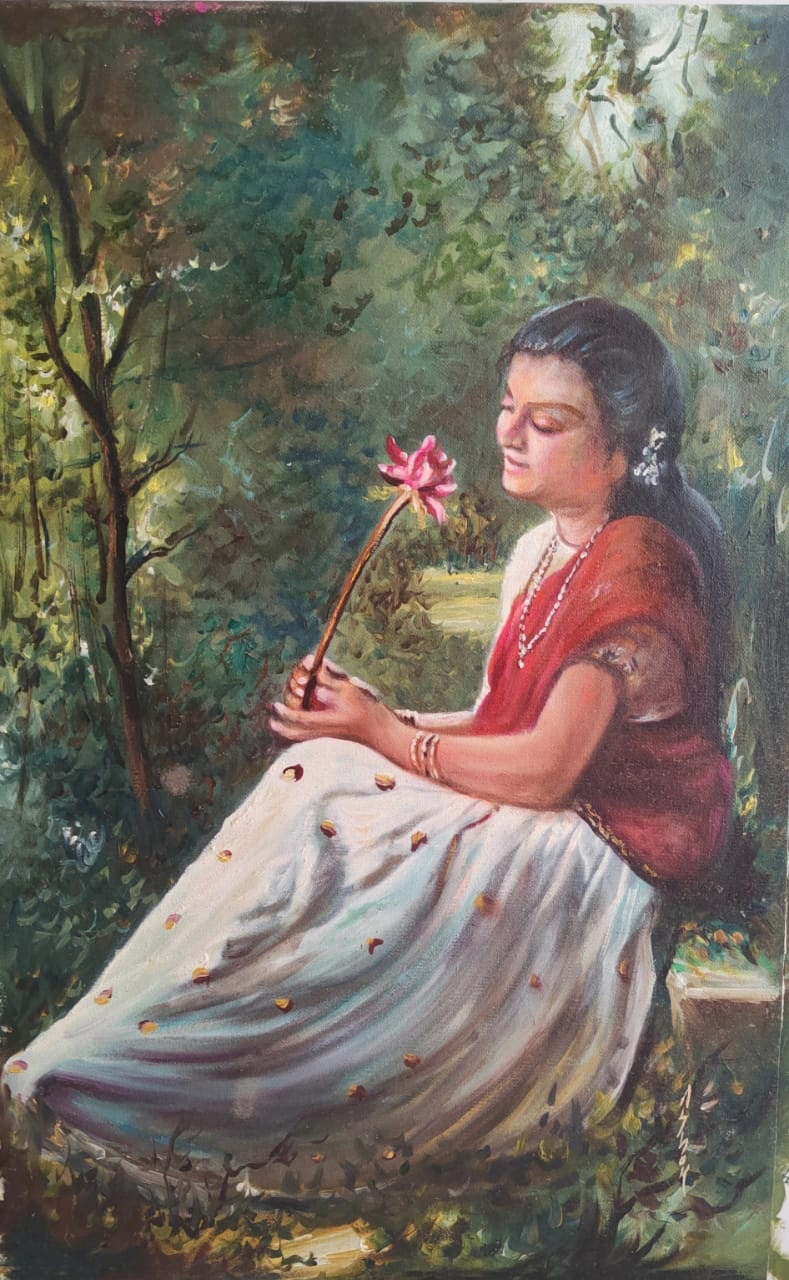 A man who dreams his painting & paints his dream : The Tribune India

For him, creativity is a drug. He can’t live without. His name is surrounded by an eponymous ring. And he also has a pseudonym. He is Ashok Chitrakar which has the famous Ashokas Kalagram art gallery, just 2 km from the hustle and bustle of Pathankot town. An alumnus of the local school at St Joseph’s Convent, he fell in love with the nuances of art at an impressionable young age. He knew that art had a voice and that he had to let it speak. Reason enough for him to get a degree in fresco art from the prestigious Rajasthan Banasthali Vidyapith. People don’t take fresco art classes very often. It is considered a difficult art to master. In fact, few people know the intricacies of fresco painting. It is a painting technique performed on a freshly applied (wet) lime plaster. Water is used as a vehicle for the dry powder pigment to fuse with the plaster. With the fixing of the plaster, the paint becomes an integral part of the wall. Ashok is adept at painting in water and oil. He says that if he creates from the heart, be it oil or water, almost everything works. If he creates from his head, almost nothing works. The man, like all artists, indeed has a poetic spirit. “Creativity comes from a conflict of ideas. You simply cannot store creativity. The more you use it, the more you’ll get,” he says. When asked to compare the two forms of paintings, Chitrakar sums it up beautifully: “If the mundane Gurdaspur is a watercolor, the picturesque Pathankot is an oil painting.” Well, it’s like a poet! Ashok has presented his work twice in exhibitions held at the prestigious Lalit Kala Academy in Delhi. He also brought his work to the All-India Fine Arts and Crafts Society, New Delhi, where he received countless accolades. “I never paint dreams or nightmares. I paint reality. Motivation comes from within. If you don’t like the road you’re on, start paving another one. My heart and my soul rest on my art. I like my job. As soon as something stops being fun, I think it’s time for me to move on. In fact, life is too short to be unhappy. Waking up stressed and miserable is not a good way to live. So far, I’m enjoying what I’m doing. When the time comes for me to stop, I will stop. I will cross the bridge when I get there,” he said. Well, that’s Ashok’s Chitrakar for you!

The other day, Batalvis was shocked when reports of seven burnt children started circulating. They were students at a private school located near the village of Bijliwal on the Batala-Dera Baba Nanak road. The school bus they were traveling in on their way home from school suddenly drove into a smoky area. Smoke billowed from a nearby wheat stubble fire. The driver, Jagpreet Singh, lost control of the vehicle, after which he transformed into a turtle. Diesel began to leak from the overturned bus. In no time, the bus was in flames. That’s when Jagpreet seized the opportunity. One by one, he managed to pull the 32 children out of the burning debris. Seven of them were seriously injured and were rushed to a local pediatric hospital. Five returned home that evening while two – Gurpartap Singh (8) and Sehajpreet Kaur (5) – suffered serious injuries and were transferred to Marwaha Multi-Specialty Hospital. Here they were treated for burns by Dr. Anil Marwaha. The doctor made it clear to the family that things could get complicated if the infection took hold. Consequently, the parents did not allow many visitors, including media men, to approach the children. Both children are now out of danger and will return home next week. Until then, they will remain in trained hands. While they are still burning stubble, authorities turn Nelson’s eye to such incidents. Putting thatch on the fire was banned by the government. The effectiveness of this ban can be gauged when taking the Gurdaspur-Batala road. Seventy percent of the fields were burned. DCs and SSPs from Batala and Gurdaspur use this route regularly. What stops them from taking action against wandering farmers? Senior officers often drive on the Gurdaspur-Pathankot highway. Again, no action is planned. Or do they come under political pressure every time they think of something to do?

A rare letter from Van Gogh on sunflowers will be exhibited