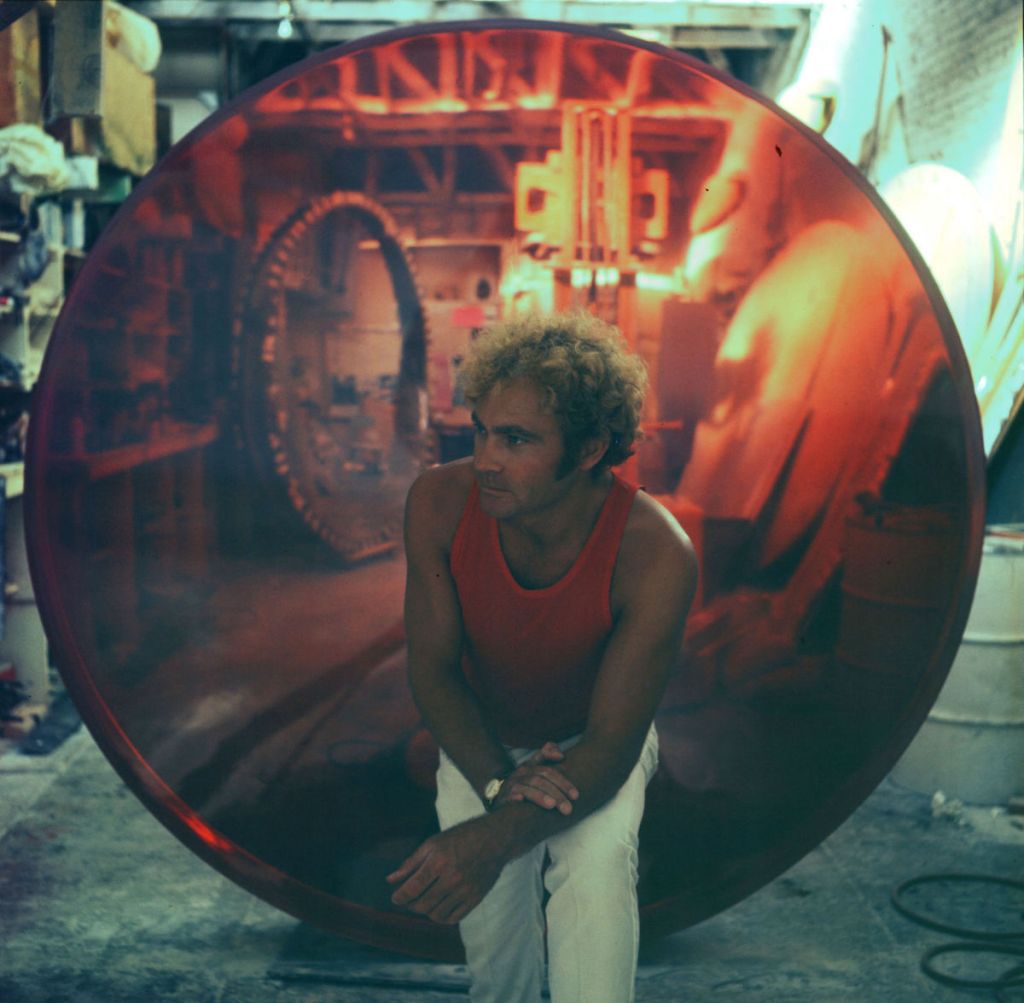 A sculptor of light and space dies at 86 – ARTnews.com

De Wain Valentine, a sculptor affiliated with the Light and Space movement commonly considered one of the first artists to enlist plastic as an artistic material, has died. A representative of the Valentine gallery, Almine Rech, said on Sunday that he died of an illness.

Valentine was part of a group of Southern California artists who, in the 1960s, appealed to industrial materials for transcendent and minimal means. Some of the sculptors have been called Finnish fetish artists for their obsession with smooth, sensual surfaces. While some critics of the time circled around the term with derision, it was clear that Valentin was more than proficient with his chosen materials and that he also had formal aims, namely to evoke new types of optical perception at through plastics.

Asked to describe his process in a 1969 art forum maintenancehe says, “It’s an exothermic reaction between the methyl ethyl ketone peroxide, which is the catalyst, and the cobalt or manganese leoleanate, which is in the resin. It’s an oxidation between the peroxide and the cobalt which, if mixed directly, would explode. He added that all of this made his sculptures a form of “self-cooking art”. works, he teamed up with the Hastings Plastics Company in Santa Monica to manufacture a very stable resin that bears his name: Valentine Maskast Resin No. 1300-17.

Early on, Valentine demonstrated a willingness to venture into territory few artists had explored, taking materials that were considered more new technology than art. In the mid-1940s, the Air Force and Navy declassified Plexiglas and Polyester Resin, respectively. At the time, Valentine was in college, and as he recalled in a 2019 Brooklyn Railroad maintenance, his shop teacher showed him the potential of sanding and cutting these materials to make them smooth. Much to his parents’ dismay, Valentin began trying to bake resin at home in his family’s oven.

But using these plastics became a stumbling block when Valentine became a mature artist in the 60s. At the time, painting reigned supreme, and when Valentine took her work to galleries, they refused to engage in it, saying they didn’t show plastics. It was only when he caught the eye of a particularly period gallerist, Leo Castelli, that he exhibited in New York. In 1964, Douglas Chrismas, a Los Angeles dealer, became the first to give Valentine a solo exhibition in California, where the artist had long been based. (For part of his career, Valentine also made Hawaii his home, where he met his wife Kiana.)

In 1965, Valentine was drawn to Venice when he got a job at the University of California, Los Angeles. “Then I got fired – twice – for teaching art students how to use plastics because the old guard preferred the smell of oil paint,” he told the Brooklyn Railroad. The work offered him proximity to a scenic ocean that he would later seek to emulate in his works, and to artists such as Robert Irwin and Larry Bell, who both lived a block from his studio. He will also maintain contacts with New York artists such as the minimalist sculptor Dan Flavin, whom Valentine counted as a friend.

The works Valentine produced during this time are semi-translucent and richly colored, often evoking the landscape around him by means of vivid blues and yellows. In a 2011 New York Times profileValentin said he was looking “to cut out big chunks of ocean or sky and say, ‘Here it is.'”

De Wain Valentine was born in Fort Collins, Colorado, in 1936, and knew early on that he wanted to be an artist because he had a penchant for drawing horses. He pursued art studies as an undergraduate at the University of Colorado, then earned an MFA from the Yale School of Art in Norfolk, Connecticut. Along the way he was mentored by artists such as Richard Diebenkorn, Philip Guston and Clyfford Still.

Valentine’s magnum opus was commissioned by Baxter Travenol Laboratories in Deerfield, Illinois, in 1975, but this work, titled Gray column (1975), was not well known until the Getty Conservation Institute restored it. It was exhibited by the Getty Museum in the 2011 edition of Pacific Standard Time, a series of exhibitions that highlight California art history. This exposure has been credited with helping launch Valentine to wider fame.

This work, a pair of 12-foot-tall black shapes that get thinner and thinner as they rise towards the ceiling, was cast from thousands of pounds of resin. Originally intended for a 24-foot-tall space whose ceilings were later lowered, the work was intended to be shown standing but was displayed on its side. For years before the Getty show, the piece was stored at Valentine’s studio. One of his columns was shown at the Getty, although it was until a 2015 exhibition by David Zwirner in New York – his first exhibition in the city since 1981 – that the two columns were seen side by side .

After the Getty exhibition, Valentine’s work was acquired by the Museum of Modern Art in New York and the Los Angeles County Museum of Art, which commissioned the artist to investigate in 1979.

After Gray columns, Valentine stopped relying on polyester resin because of its toxicity. And while the work became more difficult for him to create in the later stages of his career due to the physics of his process, Valentine continued to create sculptures in his final decade. “Me and a group of my friends say, ‘Artists never retire; we’re just tired,” he said. Recount The Official in 2015.

Opening of a new art gallery in Bridport