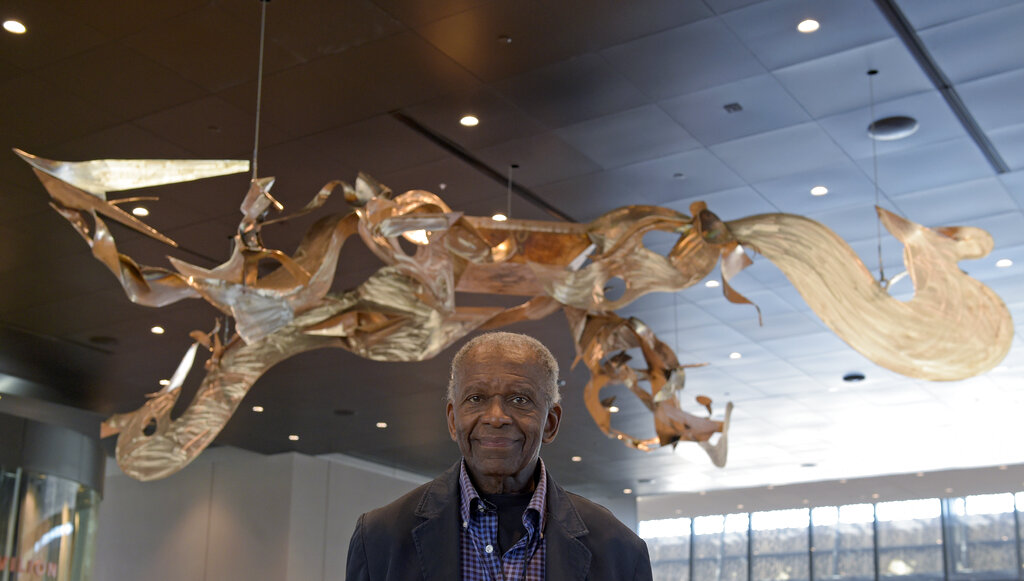 Artist Richard Hunt to Create Artwork for the Obama Center and Other Art News – ARTnews.com

To get Morning Links delivered to your inbox every weekday, sign up for our Breakfast with ARTnews newsletter.

THE WAR IN UKRAINE. the J. Paul Getty Trust condemned Russia for apparently burning the Ivankiv History and Local History Museum during his invasion of Ukraine, the Los Angeles Times reports. Some 25 paintings by Maria Prymatchenko are supposed to have been destroyed in the fire. Russian artists and art workers speak out against war amid fears of repercussionsreport it New York Timeswhich also covers a pop-up show in Miami organized by two Ukrainian dealers, Julia and Max Voloshyn. Their Volochyn Gallery in Kiev is currently an air raid shelter. Russian people and companies related to art facing penalties are listed in the art diaryand in the LAT, Caroline A. Miranda provides poignant background on the ornate building behind Ukrainian President Volodymyr Zelensky in the viral videos he posted.

ARTIST UPDATES. the Guardian checked in with Thao Nguyen Phanwho has a show at Tate St Ives In England. caroline lazard discussed their first personal exhibition at the museum, Walker Arts Center in Minneapolis, with Edna Bonhomme in Frieze. And, in the art diarycorresponding Louisa Buck recalled a 1991 visit she did to the new york brownstone of late Louise Bourgeoiswhose work with textiles is the subject of an exhibition at London’s Hayward Gallery. The artist told Buck that “nostalgia is not productive if you go to memories, but if they come to you, they are the seeds of sculpture”.

Nick Zed, the deeply radical and deeply influential filmmaker who was a staple of New York’s No Wave scene in the late 1970s, died Sunday at age 63. Zedd made his first film at age 12; his titles included They eat scum (1979), Geek Maggot Bingo (1983), and Lydia’s Wild World Lunch (1983). [Artforum]

Final a closely watched restitution casethe city of Amsterdam officially returned a 1909 Wassily Kandinsky painting to the heirs of a Jewish couple who sold it during World War II as they tried to flee the Netherlands. [The New York Times]

A new book by Gagosian details more than 60 works that artist Chris Burden planned to varying degrees but never realized, from fitting a pneumatic tube under a branch of Gagosian to converting a British World War II destroyer into a sailing ship. [T: The New York Times Style Magazine]

ALL PRESS IS GOOD PRESS. the Museum of old and new artin Hobart, Australia, has a new advertising campaign, and it’s quite unusual, highlight negative reviews shared about it on sites like TripAdvisor and Facebookaccording to Drumming marketing outlet. One said, “I paid to watch a machine do a dump. The joke is on me. (This refers to Wim Delvoyefrom 2010 Professional cesspool probably.) Alex Robertwho made a video for the project, told the drumming“We were a nimble team that spent the day filming a bunch of sad and angry faces to sell a museum. Not your usual commercial shoot and it was an absolute pleasure. Thank you Monna. [The Drum]