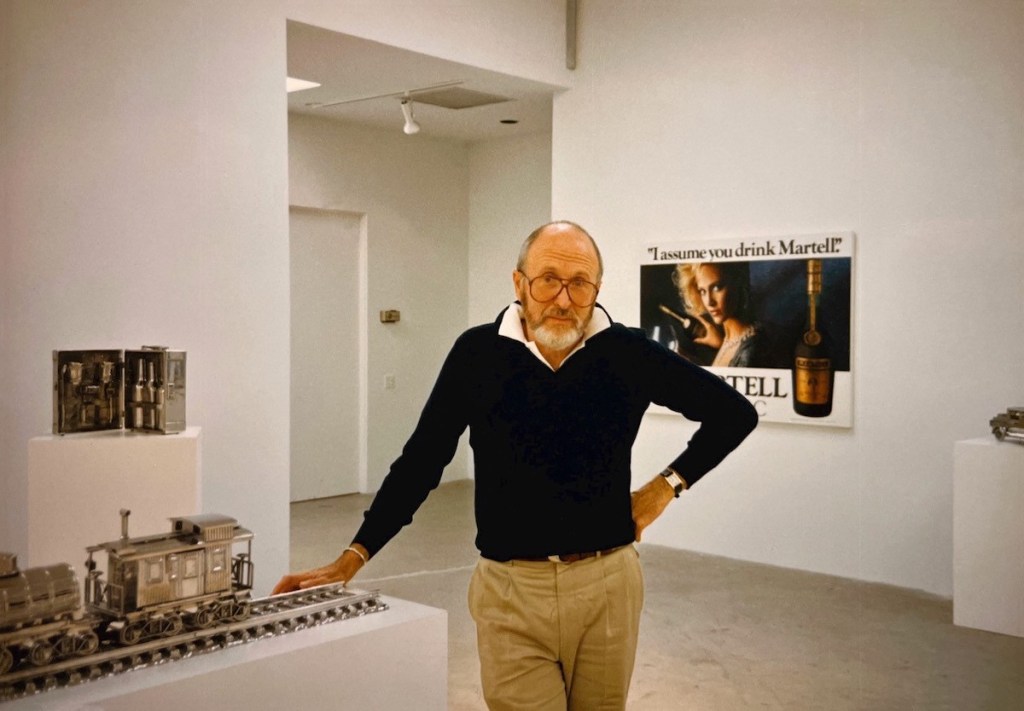 Daniel Weinberg, a dealer who ran an influential gallery with spaces in Los Angeles and San Francisco, has died at 88. His children, Nick and Kate Weinberg, said he died on February 25 of natural causes.

Long before many other dealers opened galleries in California, Weinberg made it a point to provide emerging talent with some of their early West Coast exhibitions in the 1970s and 1980s. Jeff Koons, Robert Gober, Peter Cain, Christopher Wool, Charles Gaines, Dorothea Rockburne and Mary Heilmann were among those who had their first West Coast gallery exhibition through him.

His business, Daniel Weinberg Gallery, opened in San Francisco in 1973 and moved to Los Angeles in 1983. When he opened his space in Los Angeles, there had already been a history of forward-thinking galleries that included Ferus and Gagosian, but the city’s art-market ecosystem was nowhere near as established as it is today. By becoming one of the first to bring a steady stream of top-notch offerings there, Weinberg helped cement the reputation that the Los Angeles art scene now holds.

But Weinberg didn’t open his gallery until halfway through his career, and before becoming a dealer he was in the fashion industry. Born in 1933 in Chicago, Weinberg later attended the Fashion Institute of Technology in New York. He eventually became a designer for Levi Strauss & Co., where he had previously served as a sales intern.

Early on, Weinberg met Klaus Kertess, a New York dealer whose Bykert Gallery was credited with helping to merge minimalism, post-minimalism, and process art as movements. Coming into contact with Kertess helped bring Weinberg into the orbit of a number of minimalists and post-minimalists that he would later show in his own gallery.

When the Daniel Weinberg Gallery opened, it kicked off with a star-studded run that included shows for David Navros, Rockburne, Richard Tuttle, Robert Mangold and Jo Baer. Shows for Sylvia Plimack Mangold, Richard Artschwager, Joe Zucker, Bernd and Hilla Becher, Carl Andre, Barry Le Va and Bruce Nauman followed in the decade to come. At the time, many of these artists were considered giants of the New York scene, but they had yet to receive similar exposure in California. Weinberg helped change that.

Over the years, Weinberg’s gallery shuttled between San Francisco and Los Angeles, stopping in Santa Monica for a while. His last show started in 2012.

Although the Daniel Weinberg Gallery holds a historic place in the history of West Coast art, its founder did not quite occupy the same status as Larry Gagosian and others who transformed the scene. In a 2013 essay, dealer Charlie Kitchings, of the now defunct Ambach & Rice gallery, which once held a space in Los Angeles, expressed shock when he learned how important Weinberg was to the market for city ​​art.

“The Daniel Weinberg Gallery was not just a gallery in Los Angeles or San Francisco; it was a central space in an arts network in cities around the world that provided a prominent stage for important artists and emerging talent,” Kitchings wrote.

Painting that exalts the eye and the spirit