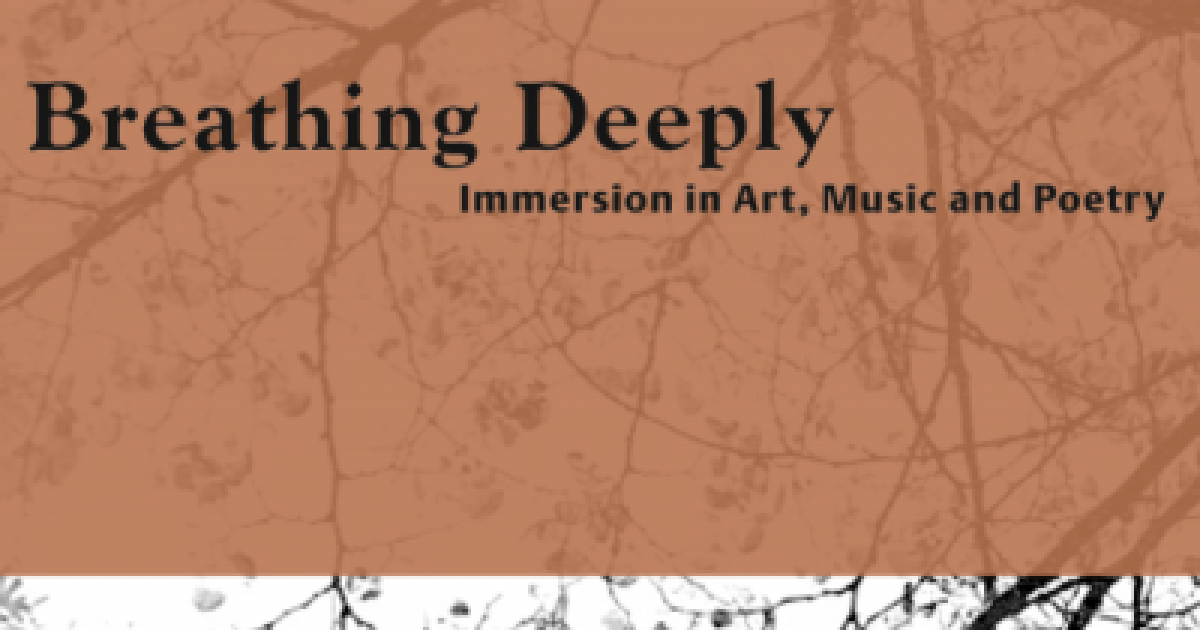 Changes are afoot at the Illinois Symphony, but for now they’re “breathing deep”

A concert this weekend reminds art lovers to take a deep breath amid what, for some, remains a chaotic and confusing time.

First United Methodist Church of Normal’s “Breathing Deeply” was supposed to take place before the pandemic, but the title seems more relevant than ever. With poetry, a wind quintet provided by the Illinois Symphony, and art by the late local artist Harold Gregor, “Breathing Deeply” is inspired by Midwestern landscapes and invites reflection on our home in the heart of the city. ‘Illinois.

“It was actually a program we ran about four years ago,” said ISO Executive Director Trevor Orthmann, “which was organized by one of our oboists, David Cyzak, who at the time was living in Peoria and teaching at Bradley University.A lot of that music really relates to life here on the prairie and plains of central Illinois.

The musical repertoire selected for the program includes arrangements for wind quintet – that is, a chamber group combining flute, clarinet, oboe, bassoon and horn – of traditional tunes centered on breadbasket landscapes. There is a version of “Bury Me Not on the Lone Prairie” and “Miniatures for Woodwind Quintet” by William Grant Still, based on five folk songs such as “I Ride an Old Paint” and “Jesus is a Rock in the Weary Land”. A collection of Percy Grainger songs inspired by the Australian-American’s trip to England completes the program.

Artist Harold Gregor, whose work will accompany the music and various poetry selections, was a longtime patron and supporter of the Illinois Symphony. Born and raised in Michigan, this Midwesterner didn’t start painting landscapes until he moved from California to Bloomington in 1970. He died in 2018.

“(Gregor’s) artwork captures Illinois about as well as any artist could,” Orthmann said. “You look at one of his works and it says, yeah, this is definitely central Illinois.”

“Breathing Deeply” is part of a series on religion, culture and the arts made possible by an endowment from Margaret Parret established at the church in 2000. Parret, a Twin City native and First United parishioner who died in 2009 , was a prominent figure in the artistic community. She was professor of speech and drama at Illinois State University from 1946 to 1977 and host of a children’s storytelling program on WJBC radio.

In Orthmann’s estimation, what makes art in central Illinois special is this kind of interconnectedness and collaboration, exemplified by Parret and Gregor’s commitment to multiple community arts organizations. .

“The great thing about community is collaborating and working with others,” he said. “You can all appeal to a certain group of people, and then when you collaborate, you bring together people who support the different organizations. It’s a bit like the roots of a tree getting tangled. You are not alone trying to do this.

The ISO is not without tumult at the end of the 2021-22 season. Orthmann, who will soon complete his 13th season with the ISO (which has two hubs in Springfield and Bloomington-Normal), is in the process of hiring a new director of the Youth Symphony Orchestra, who serves as associate conductor for the main orchestra. The ISO also announced on May 16 that this season will also be the last for Maestro Ken Lam, who spent five years with the organization. Lam plans to continue as artistic advisor for two years as the search for a new director takes place.

“Hopefully in the next few weeks we’ll announce where Ken is going,” Orthmann said. “He loves central Illinois and being here, but there’s an opportunity that can’t be turned down.”

This will be the third change of artistic direction since the arrival of Orthmann. Without apprehension or nervousness about the process ahead, he said he was excited about the energy and freshness that change can bring to an orchestra.

“It’s interesting to see different styles and personalities, and what they do with the orchestra,” he said. “So it’s a very engaging moment for the orchestra and for the community.”

“Breathing Deeply” takes place at the First United Methodist Church of Normal. Free entry. Stick around after the concert for cookies and conversation. More information at normalfumc.org.

Lineup update for Waterfront Wednesday, a Bhangra and Poorcastle dance competition. Here’s the latest arts news you might have missed – 89.3 WFPL News Louisville