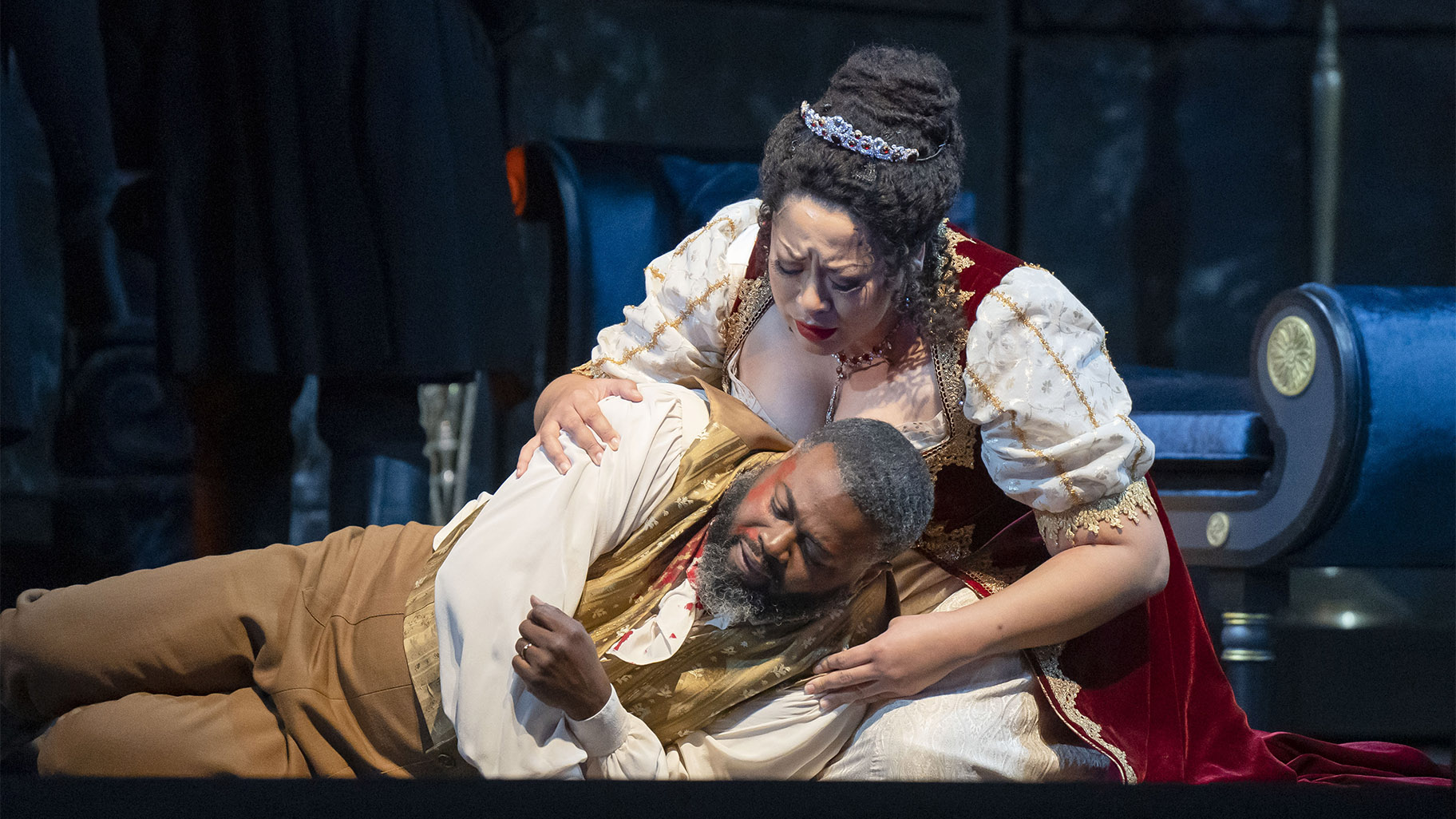 The most moving moments at the Opéra Lyrique last Saturday night came before its lavish production of Giacomo Puccini’s ‘Tosca’ even began. Yet, in many ways, these moments greatly intensified the story that was about to be told.

As the curtain rose, the Lyric Opera’s massive and always formidable chorus, dressed in black and already in place, sang the Ukrainian national anthem as the audience stood to watch the nightmare now unfolding thanks to a brutal despot. And, as it happens, it’s yet another brutal despot who is responsible for much of the tragedy that unfolds in “Tosca.” The opera – with a libretto by Luigi Illica and Giuseppe Giacosa – is both a love story and the story of artists who are destroyed by the twisted power broker who drives them to their deaths.

“Tosca”, created in 1900, is set a century earlier and in a time of complex political upheaval. The Kingdom of Naples, then under the control of Rome, is threatened by Napoleon’s invasion of Italy. It opens as the artist, Mario Cavaradossi (Russell Thomas) works on a painting of Mary Magdalene in a corner of the great church of Sant’Angelo. Thomas is an American tenor whose acting skills are as formidable as his magnificent voice, which leaves something to be desired that he has even more to sing than he already does. And the church is the first of three elaborate sets in the production, created many years ago by the late French set designer Jean-Pierre Ponnelle.

At the same time, Cesare Angelotti (bass Rivers Hawkins), the former Consul of Rome now a political prisoner on the run, sneaks into the church to retrieve a package containing a costume that his sister, the Marquise Attavanti, has hidden there. for him. Very quickly, Cavaradossi promises to help him escape and hide in his villa in the countryside.

It turns out that the marquise – whom we never see – had already caught Cavaradossi’s eye when she was praying in the church, and she became the inspiration for his painting. Unsurprisingly, it causes quite a scene when her jealous lover, famed opera singer Floria Tosca (played by fiery American soprano Michelle Bradley, in her operatic debut) arrives at church and expresses her anger after realizing that this is not her image, but the marquise, which has been captured in the painting. 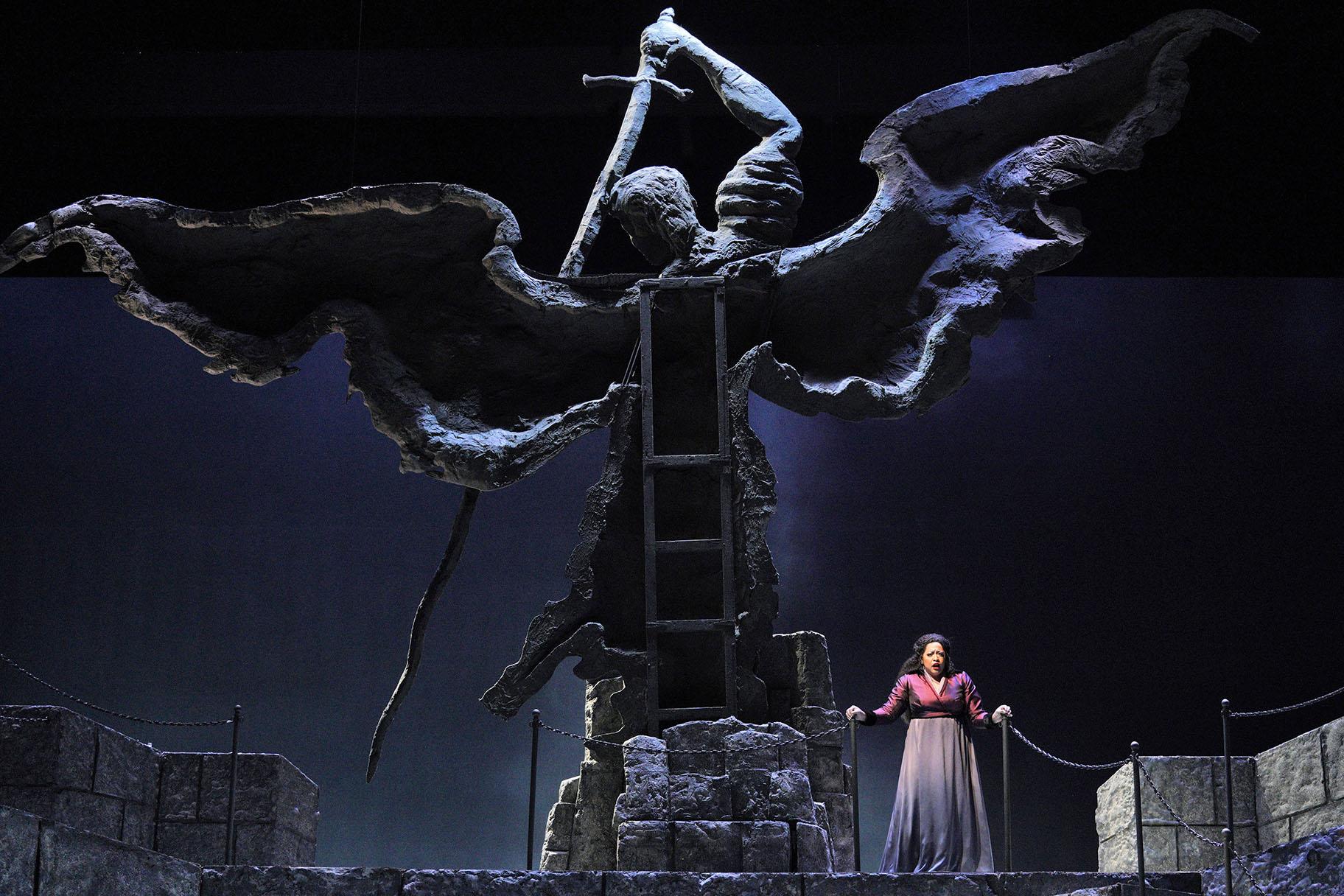 The artist calms her down and promises to spend the night together. But as soon as she is gone, there is more chaos as a cannon shot signaling that Cavaradossi has escaped sends him and the artist fleeing towards the villa. At the same time, we learn of Napoleon’s defeat, Tosca having to perform in a celebratory concert at the Palazzo Farnese. And then there’s the first appearance of the evil, ever-manipulative police chief, Baron Scarpia (Argentinian baritone Fabian Veliz in a deftly icy, manipulative, Putin turn) who is in pursuit of Cavaradossi. Upon Tosca’s return to church, he also realizes that he might finally have his chance to seduce her.

The second act takes place after the victory celebration. He finds Scarpia in his large apartment in the Palazzo Farnese where Cavaradossi has been brought in for questioning about Angelotti’s whereabouts. Tosca also arrives there after his big concert, as summoned by Scarpia. She is forced to hear the cries of her lover who has been taken to an adjoining room and subjected to brutal torture in hopes that she will save him by revealing Angelotti’s hideout. When news of Napoleon’s return to power arrives, Scarpia immediately orders Cavaradossi’s execution. He also makes a dastardly fake deal with Tosca, saying that in return for agreeing to be seduced by him, he will oversee a fake execution of her lover and arrange for their safe escape.

This is where the usually tumultuous Tosca reveals its more sensitive soul in the harrowing aria “Vissi d’arte” (“I lived for art, I lived for love”). And Bradley makes a pretty nice emotional turnaround before saving his own soul and his lover’s life by stabbing Scarpia to death.

Then comes the third act with a setting capturing a cold, massive gallows structure and a locked underground prison as visible proof that all of Tosca’s efforts have been in vain. Of course, Puccini, always a tragic romantic and composer of exquisite, pain-streaked melodies, provides Cavaradossi with an aria in the form of a love letter to Tosca, and also gives the two what will be their last love duet. . 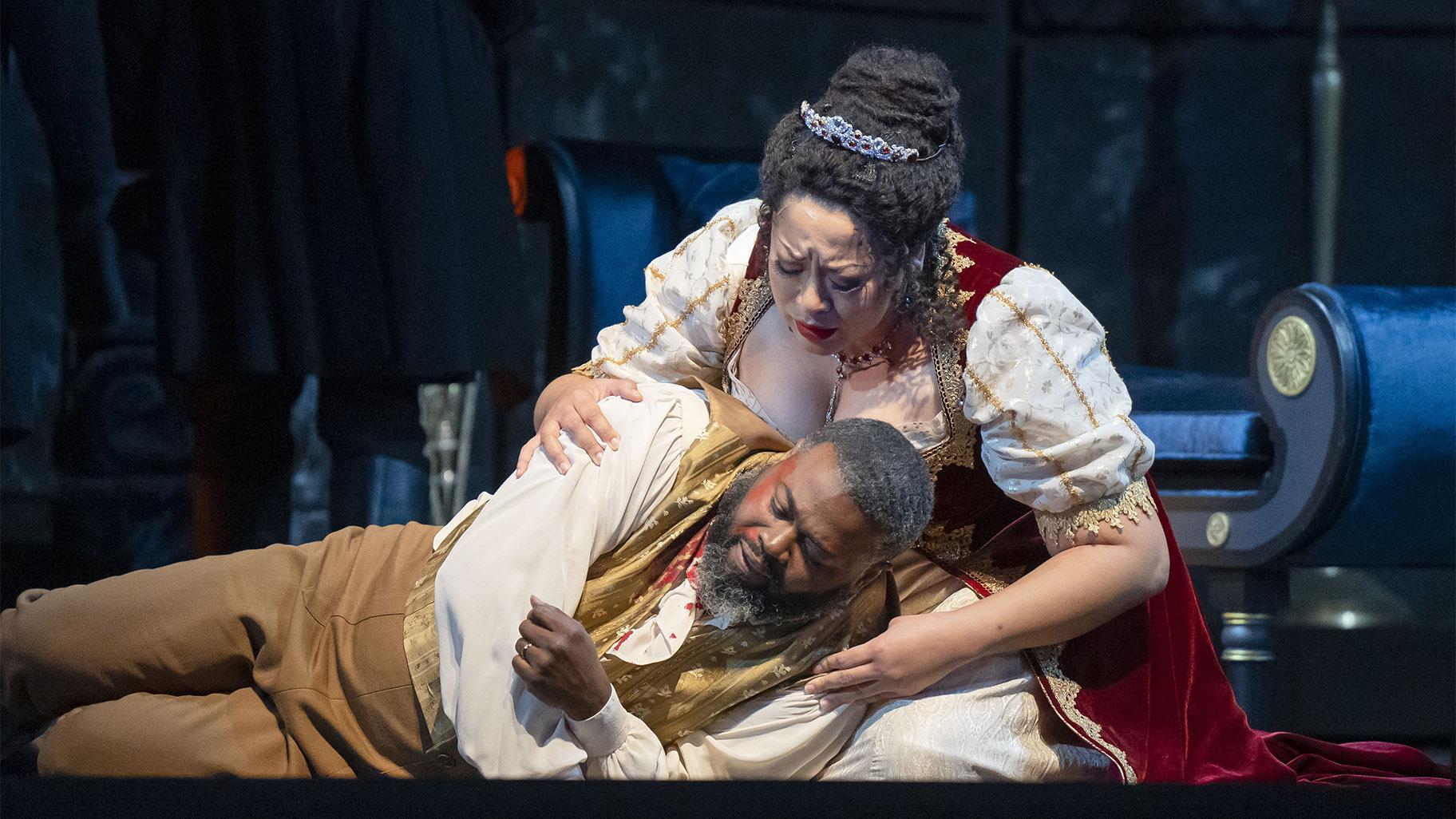 The production, efficiently conducted by Louisa Muller, featured strong supporting performances from bass-baritone Alan Higgs as sexton (church overseer) and tenor Rodell Rosel as Spoletta, captain of the riflemen. And along the way, there was a brief, but as always splendid contribution from the Chicago Children’s Choir conducted by Josephine Lee.

Finally, but in many ways, the most exciting aspect of the production was the lush and impeccably modulated sound of the Lyric Opera Orchestra led by Eun Sun Kim, the acclaimed Korean conductor making an impressive debut at the Opéra Lyrique in the wake of his recent appointment. as the San Francisco Opera’s first female musical director. I hope a return visit is already in the works.

More on this story

Next in Lyric is “Fire Shut Up in My Bones” (March 24-April 8), the acclaimed opera which had its world premiere at the Metropolitan Opera last fall. It has a score by Terence Blanchard and a libretto by Kasi Lemmons (based on the memoir of New York Times columnist Charles M. Blow), and will feature baritone Will Liverman, reprising the role he performed at the Met.