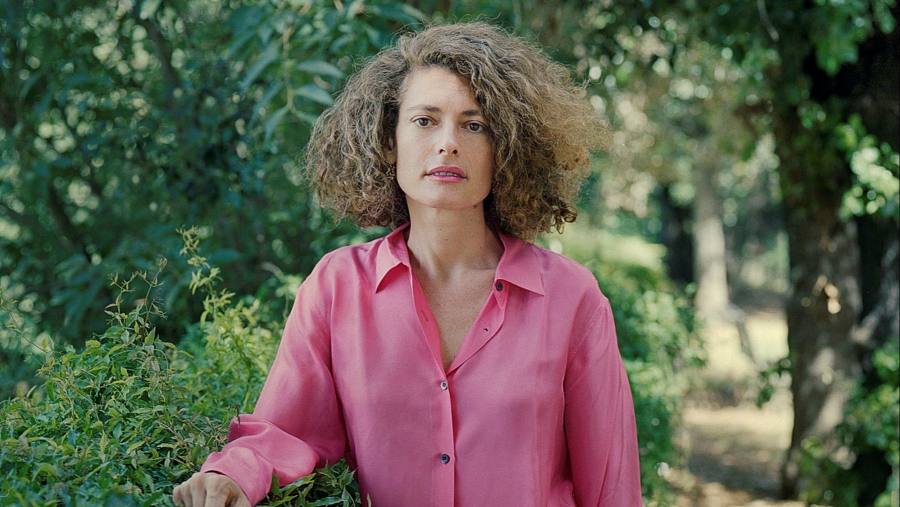 “I don’t even know if I consider myself a collector.” It’s an inauspicious start to an interview with Ginevra Elkann, filmmaker and member of the Fiat car dynasty, about how, why and what she collects. “Over the years I’ve certainly acquired art, but I don’t think I ever thought of it as a collection. Rather, it’s a work of art that I really respond to, that I respond to emotionally and aesthetically, and that I think will make my life better.

We’re talking on the roof of Fiat’s huge former Lingotto factory, overlooking the southern suburbs of Turin. Movie buffs may know it best because the rooftop test track of The Italian work car chase, but for Elkann it has a deeper connection – his great-great-grandfather Giovanni Agnelli co-founded Fiat in 1899, commissioning what was then the largest car factory in the world. (It became the car company’s headquarters in 1997.) Although she knows the building inside out, she still finds it an exciting and unexpected place: “It has a James Bond quality — it there’s a helicopter pad and there’s a race track, there’s something very surreal about it.

It also has an art collection including Picasso, Renoir, Matisse, Canova and Canaletto, a 25-piece edition of the extensive collection amassed by Elkann’s grandparents, Giovanni and Marella Agnelli, which also features Schiele, Bacon, Lichtenstein and Klimt. (Andy Warhol painted Giovanni and Marella.) This selection, open to the public, is contained in the Pinacoteca Agnelli, a Renzo Piano steel-framed jewelry box from a building above the Lingotto. Elkann has been its president since 2007, and in May the Pinacoteca restarted as a cultural center, hosting exhibitions of contemporary art.

Under his direction, it became a place for examining the collections, exhibiting the Agnelli alongside others, such as those of Bruno Bischofberger or Astrup Fearnley, or dealing with a theme such as African art. Elkann says these exhibitions were less about the individual works of art on display and more about the personality and passion that these collections revealed in their owners: “That’s what I found interesting. . . This person knows everything there is to know about it and has really focused their attention on it.

Although she doesn’t call herself a collector, art is present as much in Elkann’s home as it is in her work environment. Her home in Rome, where she lives with her husband Giovanni, their two sons and their daughter – after stays in London, Rio de Janeiro and Paris – is full of contemporary works, including Pablo Bronstein and Francis Alÿs, mixed with works by the XVI to XVIII century. paintings, Neapolitan collages, African art and quilling reliquaries (ornate ancient religious art formed from rolled and twisted paper).

She collects – or acquires – mainly pictorial and photographic works, but Elkann has difficulty remembering exactly which artists and works she exhibits: they seem to exist as an extension of family and personality, not as a name on the wall. or in a register. When pushed, names slowly emerge: “Mamma Andersson is an artist I love, and Christiana Soulou, and Elizabeth Peyton.” The works of these artists have an almost filmic narrative meaning deeper than the canvas itself. “It’s a matter of emotion. What does art do? It opens up, shows you different ways of seeing the world that make you think.

Does she regularly change the works hung in her home? “I’m the worst, because I hang out very little actually, they lean! They lean on a window, lean on the ground, lean here, lean there, it’s very messy. Then I move them, and it’s a re-bend. . . Most of them are on the move. His grandfather also regularly rotated his works: his three Francis Bacon “Pope” paintings could be in his bedroom one day, in the basement the next.

Elkann says his grandparents’ collection was born “from a real love for art and the idea of ​​having these beautiful paintings in your home that they lived with – I never really heard of the market “. She herself used to follow the market, visiting biennials and “art fairs everywhere” in her 20s and 30s, but because of “life going on”, this way of consuming art has passed. Describing her buying process as haphazard, she now buys through unexpected encounters more than through strategy or research.

“Maybe I had it, but I don’t have any sort of idea of ​​acquiring it anymore, of being a big collector. It’s just that if I go to Mexico, walk into an antique store and find a nice sculpture, it has value.

Elkann is primarily known as a filmmaker and producer. After studying at the London Film School and working with Bernardo Bertolucci on The assedio and Anthony Minghella on The talented Mr Ripley, she now makes feature films informed by the art she loves. “The way I see the image and the way I want to frame it has a lot to do with my interest in art, painting and photography.” The aesthetics of his first feature film, magari (2019), is inspired by the photographs of Italian landscapes by Luigi Ghirri; the paintings Elkann owns sometimes appear as if they belong to its protagonists or provide aesthetic references – his bed painting Domenic Gnoli inspired a shot in his next feature film.

She is visibly delighted with this new stage at the Pinacothèque. And now the Lingotto Racecourse itself has been transformed into La Pista 500, a 40,000 plant rooftop garden with contemporary sculptures, video and sound art – a variant of a racing circuit. 18th century country garden. A sound piece by Cally Spooner resonates in a vast concrete spiral ramp; Mark Leckey digitized the nearby Italian Alps for a video installation on an inclined curve; Louise Lawler created fake bird calls by sporadically chirping the names of “canonical” white male entertainers from the undergrowth. It is a place that opposes tradition to experimentation, classicism to contemporary.

With both the freshly planted roof and the new curatorial direction set to mature over the next few years, Elkann will have a new relationship with the place and the collection. Having been directly involved in the production of exhibitions since 2007, she will now be less of a jack-of-all-trades. She talks about place in family terms: “When you have kids, you let go, you trust. It’s about giving them a sense of place and a sense of what history is.”

Art from the permanent collection of the Wilton Historical Society