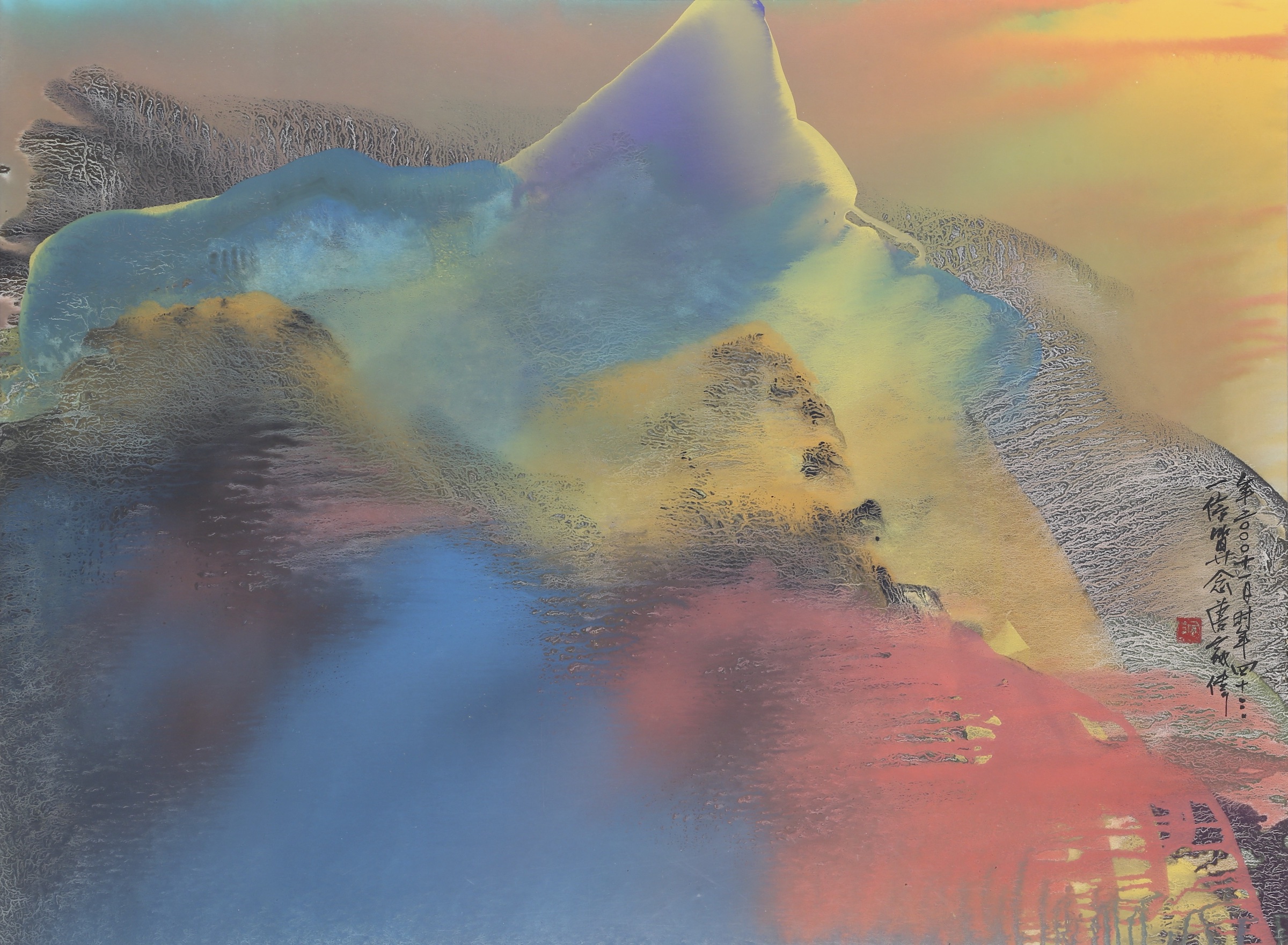 BERKELEY, Calif. – Wesley Tongson, who died in 2012, was a contemporary painter from Hong Kong, but his calligraphy, landscapes and splatter paintings were tied to tradition. In the show at UC Berkeley Art Museum and Pacific Film Archive (BAMPFA), Spiritual Mountains: The Art of Wesley TongsonTongson’s paintings, 11 of which his family recently donated to the museum, stand alongside works from the museum’s collection of traditional Chinese ink paintings from the Qing dynasty and early 20th century.

Julia M. White, BAMPFA’s senior curator for Asian art who curated this exhibition, first saw Tongson’s work in a exhibition at the Chinese Culture Center in San Francisco in 2018, and its dynamism and diversity impressed her.

“I was overwhelmed by how he transitioned from one type of paint to another,” she said. “Her splatter paintings are so ethereal and beautiful.”

White met Tongson’s sister, Cynthia Tongson, at this show, and invited her to a meeting at the museum with White and Laurent Rinder, then director of BAMPFA. They both hoped to expand the range of the collection, which contains a wealth of classical Chinese works, but less modern ink art.

Cynthia Tongson had decided to donate some of her brother’s art after the response she received at an exhibition of her work, Ink Explorations: A Wesley Tongson Retrospectivewhich she organized in 2014, after her death.

“I wanted people to know how Wesley had progressed as an artist,” she said of the show. “Even in Hong Kong, no one knew how he had progressed in finger painting. Everyone kept telling me it was something they had never seen before, and I realized I had to share the work.

Because of her collection of historic Chinese paintings, as well as her ties to the University of California, Berkeley, Cynthia Tongson decided to donate Tongson’s paintings to Berkeley.

White says she organized spiritual mountains in an effort to show Tongson’s connection to the past. “I wanted to focus on setting it up in the context of a larger Chinese historical perspective,” she said. “He learned from his mentors and there is a respect and a connection.”

Some of Tongson’s teachers are included in the exhibit, such as Hong Kong artist Harold Wong, known for his landscape painting, and Liu Guosong, a Taiwanese artist who taught a workshop in Hong Kong, who was called ” the father of modern Indian ink”. The painting.”

Tongson’s “Spiritual Mountains 6” (2012) echoes Wong’s “Sound of the Waterfall” from 1993, with the two invented landscapes. “We know it’s a mountain, and we know it’s a waterfall, but they’re clearly imaginary,” White said.

Tongson’s monochromatic “Untitled” (1997) shows the influence of Shitao, the Qing era master whom Cynthia Tongson says is her most respected brother. The show has its parchment of a lotus from 1704 and “Reminiscences of Nanjing”, from the same year. Both artists seek the essence of the natural world, but do not attempt to reproduce it; White observed that the Tongson Mountains are only slightly defined by their shape.

Tongson studied at the Ontario College of Art for a few years and became passionate about Cubism. Pablo Picasso was his favorite Western artist, and you can also see his influence in ‘Untitled’. Picasso’s etching from BAMPFA, “The Man with a Guitar” (1915), hangs in the exhibition.

The show also contains examples of Tongson’s calligraphy, done with his hands and fingers rather than a brush. This takes precedence in traditional Chinese painting, as with Gao Qipei, whose 18th-century “Zhong Kui, the Demon Queller” hangs on show.

Tongson was bold and prolific, drawing on the techniques of Chinese painting masters to make his large-scale landscapes and intricate examinations of nature his own.

“I think he had an open mind to a lot of different techniques,” White said. “He started painting with his fingers and hands and abandoned the intermediary that was the brush and became almost part of the work of art. Wesley was brave in his willingness to experiment. In the way he expresses the natural world, for example, you see what Wesley did in pushing the boundaries of ink and paper.