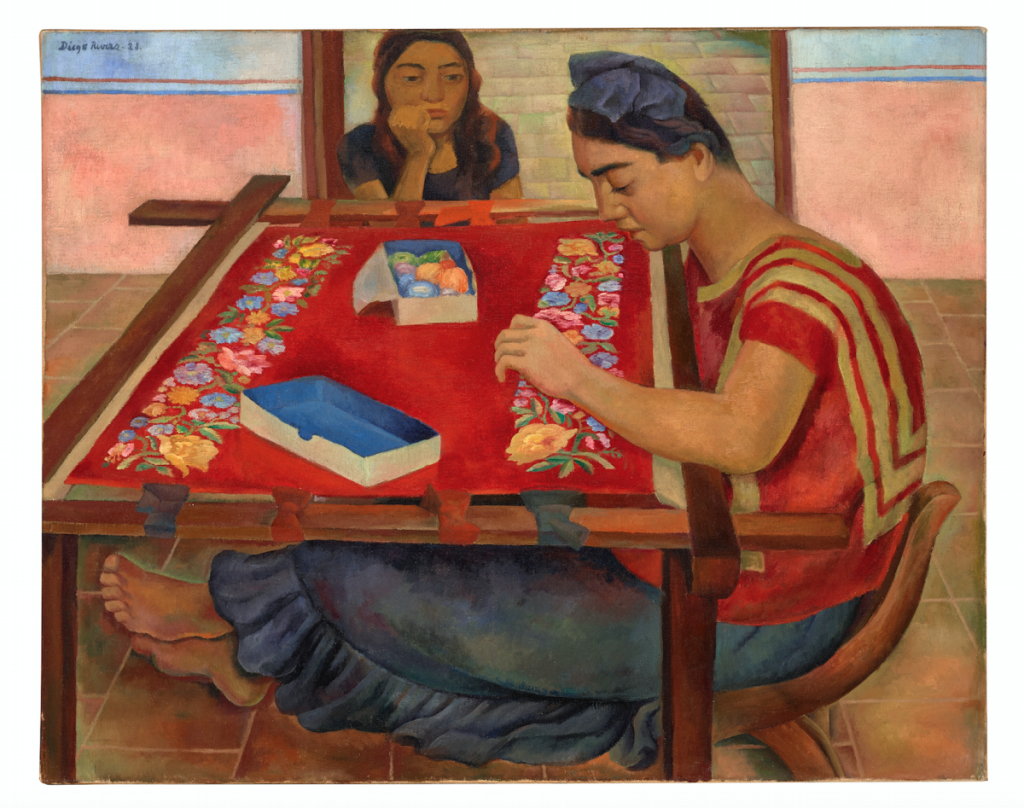 The Museum of Fine Arts in Houston acquired a recently rediscovered painting by Mexican artist Diego Rivera for $4 million at Christie’s auction on Friday. The price for the work is the third highest ever for a work by Rivera at auction, which paid a record $9.6 million The rivals (1931) at Christie’s in May 2018, during the sale of the collection of David and Peggy Rockefeller.

The painting that the museum acquired, La Bordadora (The Embroiderer), from 1928, depicts an interior scene of two women, one of whom is seated at a table working on an embroidery panel. Bought at a Latin American art auction in New York, it was sold by the descendants of a New Orleans businessman and professor with ties to Mexican artistic circles. He had acquired the painting between 1928 and 1929, shortly after its completion. Prior to the auction, it had never been publicly exhibited; the only record of it was a black and white photograph. At Christie’s, it sold for more than five times its estimate of $700,000.

The scene in The Bordadora is similar to that depicted in another work by Rivera held by the MFA. This other work shows an indigenous craftsman and was produced for a cycle of murals that Rivera worked on between 1923 and 1928 for the Ministry of Education in Mexico City.

In a statement, museum director Gary Tinterow said: “The two The Bordadora and the ministry murals herald a fundamental theme of Rivera’s life’s work, to capture the dignity of the everyday.

“Through this acquisition,” Tinterow continued, “we will be able to build on the foundations of our extraordinary holdings of twentieth-century Latin American art to tell the story of modernism from its earliest chapters.”

As recognition of leading Latin American modernists grew, many American museums acquired Rivera’s work. Last August, the Lucas Museum of Narrative Art in Los Angeles acquired Rivera’s Opponent of Nazism (1933), one of eight surviving panels produced from the Portrait of America (1933) mural he made for the New Workers School in New York.