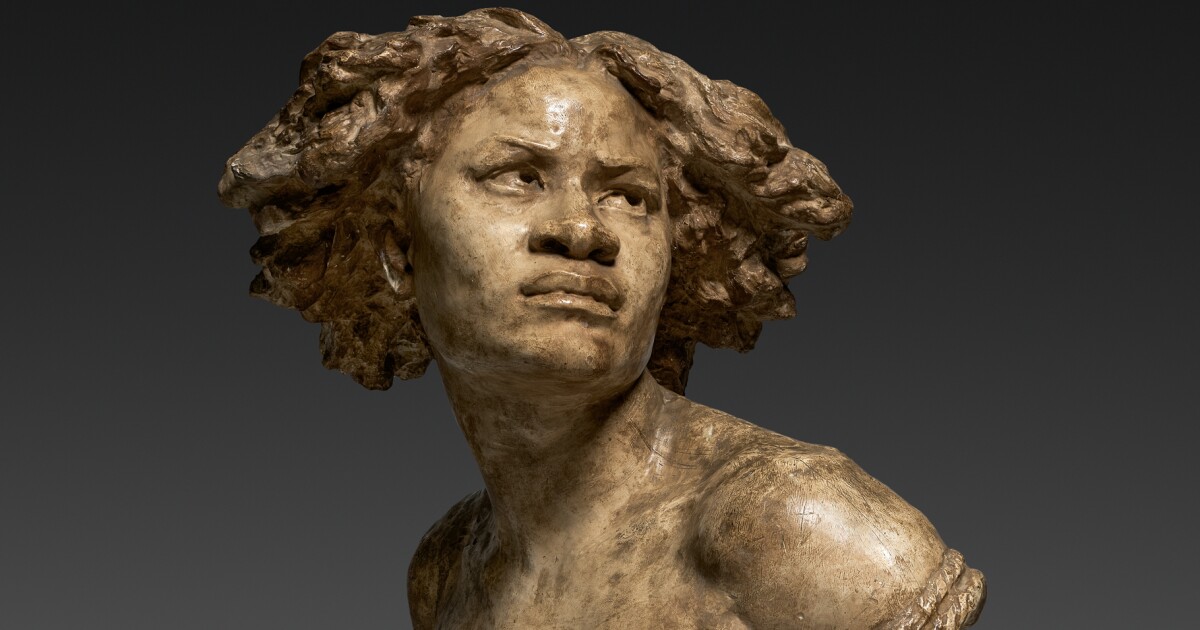 CLEVELAND — The Cleveland Museum of Art has acquired the original plaster model of the famous 19th-century sculpture “Why Born Enslaved!” by French sculptor Jean Baptiste Carpeaux.

“Why Born a Slave!” is Carpeaux’s most emblematic work. Although there are other versions of the sculpture in museum collections in the United States and Europe, this work is the master model from which other versions were produced.

The museum said scuffs and marks on the surface of the plaster indicate it was the main model.

The character from “Why Born Enslaved!” depicts a “tied up African woman looking defiantly upward”. Although slavery had been abolished in France since 1848, it remained a contested issue during Carpeaux’s lifetime as France expanded its colonies in North Africa where the practice continued.

The Cleveland Museum of Art said the acquisition will have an enormous impact on its collection “because of its powerful aesthetic qualities, its formidable stance on one of the most pressing social and political issues of the 19th century, and the relevance of its subject today”. is only one other known version with a similar polychrome surface, a halving in the Brooklyn Museum.”

The sculpture will go on display later this spring, and the museum said it plans to host intricate conversations through artwork.

“In emphasizing her place in a global lineage of colonial images of black women, as well as in contemporary scholarly and museum practice that seeks to name or otherwise identify role models like her, the role of the role model as a living person and figure allegorical will allow viewers to consider the power imbalances that existed even in the creation of abolitionist art,” the museum said.

Two other pieces acquired by the museum include a landscape drawing by Dutch artist Hans Bol and a Taihu stone presented to the museum by contemporary Chinese artist Liu Dan.

Bol’s work titled “Balaam and the Donkey” was part of a series of biblical stories featuring vast landscapes and cityscapes. The museum describes the acquisition of this work of art as “significant”.

It will be featured in the upcoming exhibition and catalogue: City Tales: Drawing in the Netherlands from Bosch to Bruegel.

The Taihu Stone, which will be installed in the museum’s Ames Family Atrium next to the bamboo groove later this year, sheds light on China’s garden culture.

“Similar to other landscape features, stones are considered spiritual beings in China. These stones were collected and placed in gardens; smaller examples were placed on scholars’ desks where they evoked mountains miniatures,” the museum said.

Download the News 5 Cleveland app now for more stories from us, as well as top news alerts, the latest weather forecasts, traffic updates and more. Download now on your Apple device here, and your Android device here.

Take the Remedy – The Newnan Times-Herald