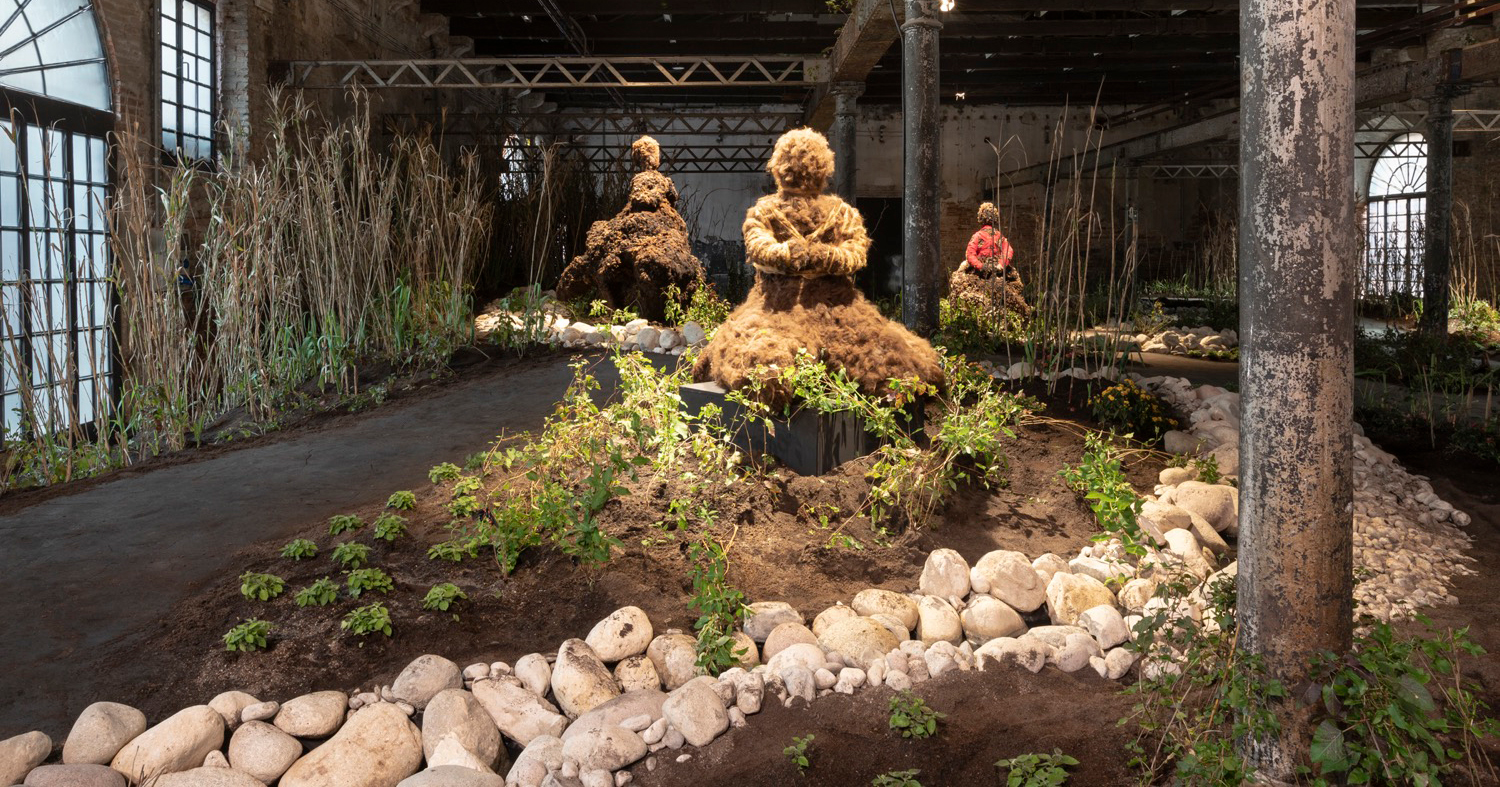 The use of kudzu creates a compelling dialogue around survival and the relationship between humans and the natural world. While the term ‘invasive species’ is often associated with intrusion, Okoyomon’s rich conceptual framework reveals that invasive species are often forcibly moved and subsequently attempt to survive in a hostile climate.

The smallest detail of See the Earth before the end of the world is also its most dazzling: the inclusion of black swallowtail butterflies that will live, reproduce and die inside the exhibition space throughout the Biennale. Included in the main installation, the butterflies are also a stand-alone work. Title The sky is always black Fort Mose (2022), it refers to an 18th-century colony of former black slaves who fled the southern United States to live in the then-Spanish colony of Fort Mose in present-day Florida. Here, Okoyomon creates a beautiful parallel through migration rather than species, where the constant flight of butterflies throughout the Biennale mirrors the flight of the black diaspora fleeing captivity. The metaphor extends beyond the period of slavery to trace the constant movement of black people fleeing various forms of systemic oppression.

“I guess the whole work is about the darkness of the earth. But often when I look at this, Blackness, in my work, I’m looking at the actual entanglement of social fiction of race with living and non-living things,” Okoyomon said. “But with butterflies, it’s almost different. It’s just their flight, their beautiful, constant flight. It is darkness like the earth.