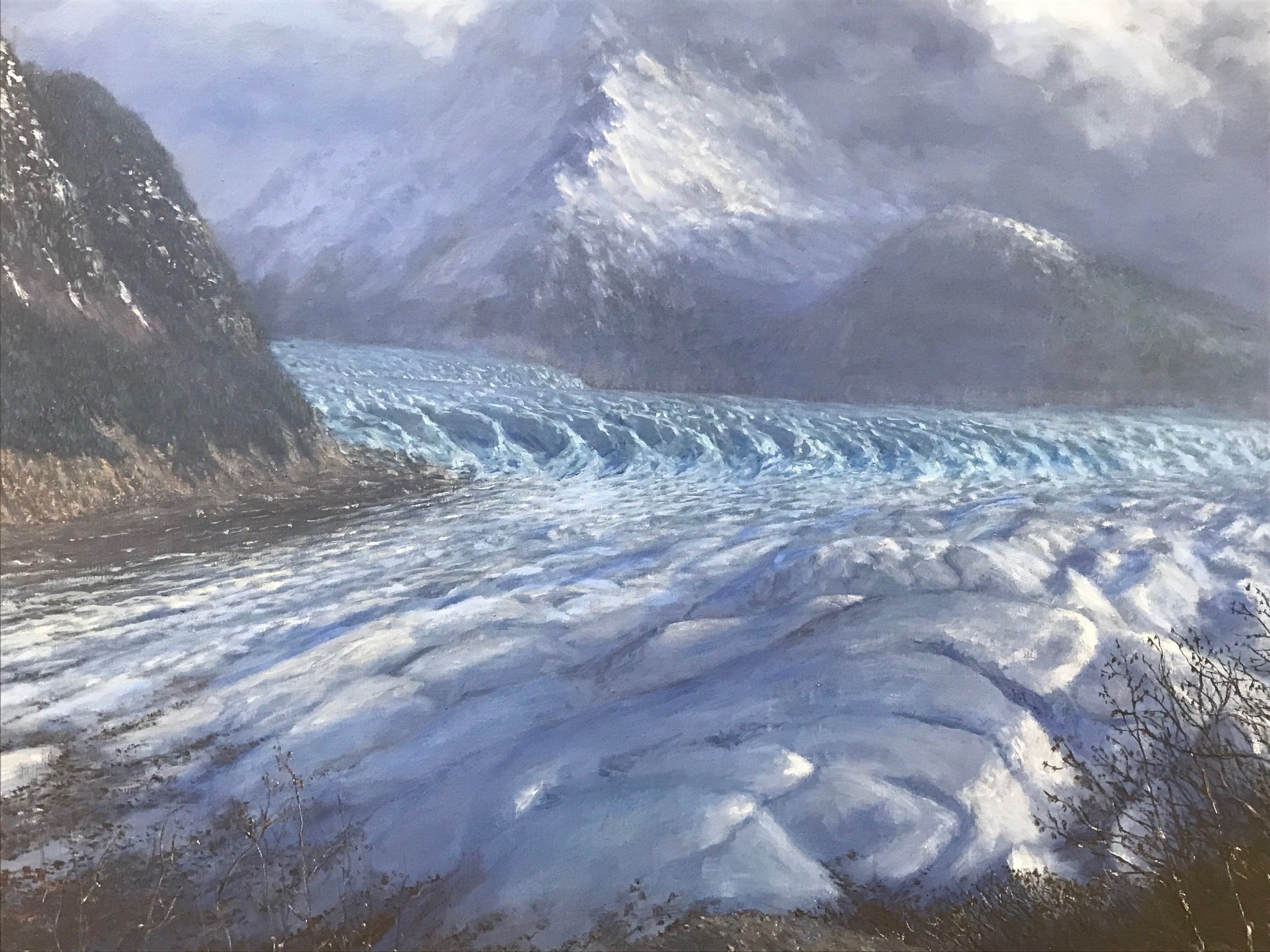 In the dramatic silence of Alaska’s melting glaciers, artist David Rosenthal’s paintbrush has captured the impact of climate change on Earth, a message he hopes will inspire all who see his paints to help slow global warming.

The Cordoba artist’s lifetime work is on display at the Homer’s Pratt Museum until June 5, including landscapes of Alaska and Antarctica paired with scientific information panels.

“I hope this exhibit will travel for five to 20 years, maybe beyond my lifetime,” Rosenthal said. “With glaciers, you see them shrinking as well as sea ice shrinking too. They are very visible

He hopes his paintings will encourage people to do their part to lessen the impact of climate change, a situation he describes as “scary.” It’s right here. Ignoring this is at our peril.

His advantage as a painter, Rosenthal said, is “I happen to be where it’s so obvious”.

“It’s the perfect thing to bring a lot of attention to this topic. It’s a way for me to give back and make people take this job seriously,” he said.

Rosenthal grew up in Maine, where he graduated from college in 1976, then moved to Cordoba, where he lives and works when he doesn’t travel much. His college education in physics, he says, taught him how the world makes sense, as he captures with oil paints on canvas the end of the last Ice Age.

His passion for ice and climate change took him from Greenland’s North Polar Ice Cap and the Northwest Passage as part of the US Coast Guard Art Program to Palmer Station on the Antarctic Peninsula, where he was selected for the National Science Foundation’s Antarctic Artist and Writers Program for residencies at McMurdo Station for a 1993-94 austral summer season and for the 1998 austral winter.

Rosenthal presented a traveling exhibition of Antarctic works to art and natural history museums and university galleries in 15 states and New Zealand. It was also one of 10 All Alaska Juried shows and received three media awards and two honorable mentions,

In a University of Oregon interview about his work, Rosenthal was asked if he’d ever felt a sense of a phenomenon known as Climate Grief. He paused to think about the question, before replying “yeah, sure.”

“I like the cold and the winters,” he said. “That’s why I migrated to Alaska and the arctic regions, but living in Cordoba, you could say, it’s ‘heartbreak’. To see things warming up, to see the glaciers disappear. And the only reason I don’t feel (hopeless) is because I’ve aged. I will not see the worst. But when I think of the younger generations, (they’re) going to miss so much,” he said, pointing to the mountains behind him, “and from my perspective, that’s a tragedy.