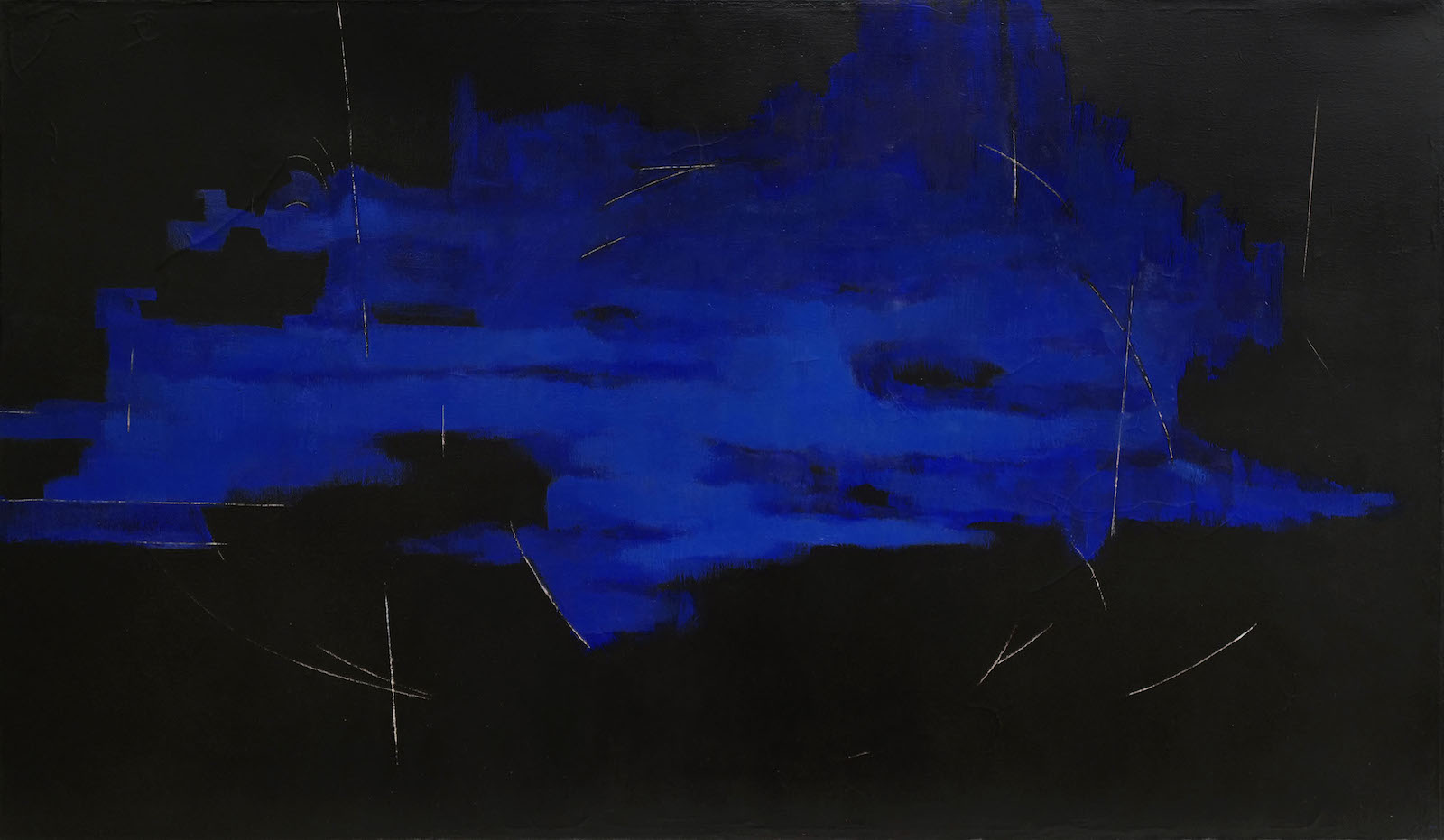 The color black can have many different expressive meanings. There is the soothing darkness of the night, when the sunlight has faded and the world seems peaceful. But there is also the dark of terminal depression, when life seems hopeless. And in politics there is the black often aligned with the anarchists, with the red of the communist revolution. Kazimir Malevich’s “Black Square and Red Square” (1915) deals with these political associations. The great Japanese printer Shikō Munakata, who often worked in black and white, may have invoked these political demands when he said: “Black and white are absolute. Expressing the most delicate vibration, the deepest stillness and limitless depth. Also consider the calligraphic blacks of Franz Kline’s abstractions and the very personal aesthetic of the French master Pierre Soulages, who works almost exclusively in black. What happens when a modernist chooses to use black is certainly complex, especially when the works of art are abstractions.

Using color in the Norman Lewis exhibition Shades of darkness at the Bill Hodges Gallery reflect issues of race? According to the catalog, on one occasion Lewis (1909-1979) himself seems to have rejected this interpretation, relating his interest to his realistic paintings of rhododendrons. “I just used black to convey the shape and liked that and kept trying to do other things,” he said, quoted in a 1992 article. Art Forum article. But the fact that this question arises in relation to the artist’s abstractions has acquired political implications. Like his first-generation Abstract Expressionist colleagues, Lewis began as a social realist painter, focusing on the life and culture of black communities. But then, he concluded, “It was a waste of time because the very people you want to see this kind of thing haven’t seen it. I don’t think it helps the fight. But what must have made this abandonment of realism more complicated for Lewis was the oft-voiced opinion (mainly of the white-dominated art establishment) that African-American artists should focus on developing art. politically engaged figurative works of art. To break into abstraction required, I imagine, a voluntary personal decision.

Black paint has many artistic meanings for modernists. Black is what you get with Ad Reinhardt when, in his later work, you eliminate other colors. But with Frank Stella’s “The Marriage of Reason and Misery” (1959), composed of thick black stripes on a white canvas, black was a starting point. And for Lewis too, working in the dark seemed to open up his art. Abstract paintings by Shades of darkness shows the various ways he incorporated color. The pale orange-yellow shapes crossing the dark gray field in “Exodus” (1972) seem to mark the moment of his transition, his exodus into the world of abstraction. Here, the all-over background surrounds the orange shapes, while heavy black outlines appear, as if we are seeing the writing in an unknown language, and accentuating the color.

Following a trip to Crete in 1973, Lewis opened up the figurative allusions to his mostly abstract works. Is the blank (white) canvas the essential starting point for an abstract painting? Maybe not, at least for Lewis! In “No. 5 inch dark blue paint stripes (circa 1970s) and yellow markings are cut out from a deep bluish black background. He interrupts his black field with a variety of pictorial devices. “Ighia Galini” (1974), a black oil surface with white paint rubbed onto the background near the top, is named after a town he visited in Crete. “Eye of the Storm” (1973) depicts a very different landscape, in which dark blue shapes appear immersed in the black background. In 1973-74’s “Fleshy Phase” (which, unlike most of these earlier works, is oriented vertically) pale reddish flames radiate from the bottom of the otherwise completely black image plane.

“It is easier for a rich white man to enter the kingdom of heaven,” wrote culture critic Greg Tate in 1989, “than for a black abstract artist… to get a… performance in Lower Manhattan. In recent years, that has finally started to change. In 2021, Hauser & Wirth mounted solo exhibitions of Mark Bradford, Jack Whitten and the recently ennobled Frank Bowling semi-abstractions, for example, while Lisson featured Stanley Whitney. Uptown, two earlier paintings by Lewis, an untitled work from 1949 and “Phantasy II” (1946), are on display at MoMA. “The history of border crossings by black artists,” Tate says, “has blurred, erased and disrupted any property claims that the Eurocenters among us would want to make.” This is an important statement. This show is a valuable contribution to this process of progressive rupture, which deserves to be completed by a large-scale retrospective. Judging by the visual evidence gathered here, Lewis was a major abstract expressionist.

By disregarding the artist’s interests or opinions, the city is setting extraordinary precedents with “Fearless Girl” exploding fair customs and practices.

The tracks extend over an area 164 feet long, each measuring approximately 1.6 feet.

The design appears to have been implemented in a 1995 version of Microsoft Paint.

From grants, open calls and commissions to residencies, scholarships and workshops, our monthly list of opportunities for artists, writers and art workers.

This residency at the University of Michigan comes with an honorarium of $ 20,000 in addition to housing, studio space and up to $ 5,000 in financial support for project materials.